Breathe in … breathe out.

We do this automatically day and night. It is a function that should not be impeded by wearing a mask over noses and mouths.

Oxygen is inhaled from the air and then absorbed by the blood stream in the lungs. Oxygen plays a vital role in the breathing processes and in the metabolism of the living organisms. Haemoglobin is the protein inside red blood cells that carries oxygen to cells.

Therefore I am appalled by the calls from governments, health experts and even the general public for masks to be worn in public.

Several studies have found significant problems with wearing such a mask. This can vary from headaches, to increased airway resistance, carbon dioxide accumulation, to hypoxia, all the way to serious life-threatening complications.

A drop in oxygen levels (hypoxia) is associated with an impairment in immunity. Just think about that for a moment.

Your mask may very well put you at an increased risk of infections and if so, having a much worse outcome.

By wearing a mask, the exhaled viruses will not be able to escape and will concentrate in the nasal passages, enter the olfactory nerves and travel into the brain.

It is known that the N95 mask, if worn for hours, can reduce blood oxygenation as much as 20%. A more recent study involving 159 healthcare workers aged 21 to 35 years of age found that 81% developed headaches from wearing a face mask.

Unfortunately, no one is telling the frail elderly and those with lung diseases, such as COPD, emphysema or pulmonary fibrosis, of these dangers when wearing a facial mask of any kind—which can cause a severe worsening of lung function.

The emperor has no clothes 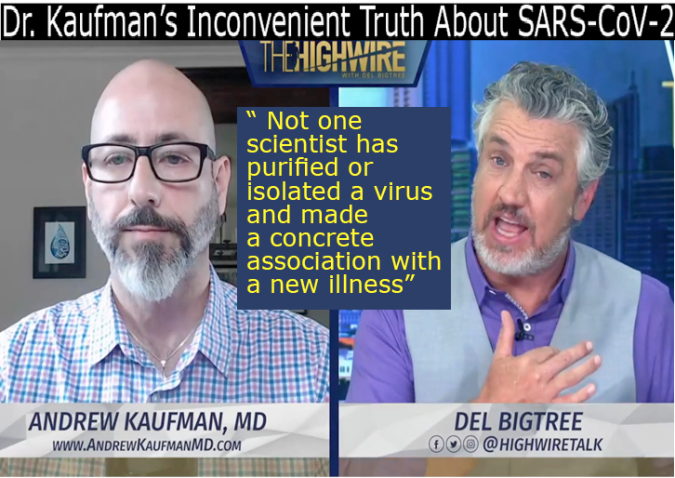 In the words of Dr Andrew Kaufman

His statement should at least cause worldwide curiosity if not downright rage. The world has been shutdown and here in Melbourne, Australia we are heading for an even more draconian stage 4 lockdown. More jobs will be lost; already struggling businesses that were just opening up after the first lockdown will again close, most likely forever.

People are locked in their houses frightened to go out lest they contract some non existent virus. Parents face huge pressures as they work at home and homeschool their children. Our chronically ill now die alone in nursing homes and hospices that have shut their doors to visitors.

It is alarming that nurses are forced to wear masks even in non-acute hospital settings. With their oxygen levels depleted they struggle behind their imposed coverings while providing care. It is not surprising to hear of hospital workers becoming ill and of course labelled a COVID case.

The coronavirus panic is a scam and the wearing of the mask will make things worse particularly for those who are ill. People are ill. However not from a disease that is viral in nature, but one rooted in environmental poisoning.

So what is making people sick? it might depend on where you live

‘It is not a coincidence that Wuhan, China turned on its first 5G communication network just two weeks before the first known person became ill there with a disease that has since shut down the world. It is not a coincidence that the Diamond Princess cruise ship set sail with 5G satellite communication antennas on board, immediately before the same disease sickened hundreds of its passengers. It is not a coincidence that Germany, this spring, brought 4G-LTE technology for the first time to areas near its borders immediately before small birds began dying in large numbers in precisely those areas. Viruses are constituent elements of life on Earth. Microwave radiation is foreign and lethal to life on Earth. It is time that humanity recognizes these facts.’ See: https://www.cellphonetaskforce.org/…/The-Evidence-Mounts.pdf

Arthur Firstenberg author of The Invisible Rainbow: A History of Electricity and Life has been asked if he thinks the coronavirus disease is caused by 5G, and his answer is: not directly. But the parallels to 1918 are striking.

The 1918 flu was not caused by a virus but by the proliferation of radio technology, to such an extent as to modify the electromagnetic environment of the Earth itself. That is parallel to what is happening today. 5G is escalating the radio assault on our planet to a new level, using much higher frequencies, much greater bandwidth, and much greater power levels. The first wave of the coronavirus has accompanied an enormous proliferation of 5G stations on the ground, each having a limited geographic range. A clue to the electromagnetic nature of the present pandemic comes from an interesting observation: as many as two-thirds of the people who test positive for the coronavirus have lost their sense of smell, and often that is their only symptom and they are otherwise not sick.  Loss of sense of smell is a classic sign of the disease that was called radio wave sickness in the former Soviet Union, and that is called electrical sensitivity today; often it is the only symptom of exposure to radio waves in otherwise healthy individuals.

COVID-19 is an oxygen deprivation condition

Early in the ‘pandemic’ New York City physician named Cameron Kyle-Sidell  posted a video on YouTube, pleading for health practitioners to recognize that COVID-19 is not a pneumonia-like disease at all. It’s an oxygen deprivation condition, and the use of ventilators may be doing more harm than good with some patients.

COVID-19 lung disease, as far as I can see, is not a pneumonia . Rather, it appears as if some kind of viral-induced disease most resembling high altitude sickness. Is it as if tens of thousands of my fellow New Yorkers are on a plane at 30,000 feet as the cabin pressure is slowly being let out. These patients are slowly being starved of oxygen.

Why would the patients be starved of oxygen?

Let’s look at how 5G affects oxygen and haemoglobin. The 5g technology is broadcast at 60GHz, the absorption spectrum of oxygen molecules. This affects the orbital properties of the electrons and the haemoglobin’s ability to combine with oxygen. Could this be causing the hypoxia that the ICU physician is witnessing for it is haemoglobin which carries oxygen to cells? If we are short on haemoglobin our body is deprived of adequate oxygen supply at the tissue level-hence we become hypoxic.

During the first shutdown 5G was rolled out across the suburbs of Melbourne. I cannot help wondering if there is a connection here. Numbers of those testing positive are rising every day now.

I don’t believe the narrative that this is a new virus causing these deaths. But as we continue to work it all out please don’t wear a mask. We will think far more clearly without them.