Australia has its own special but scandalous place in the history of HPV vaccines now distributed to teenagers in over 130 countries. Australia might be regarded as the birthplace of Gardasil for it was Professor Ian Frazer and the late Jian Zhou who first produced an HPV virus-like particle at the University of Queensland. Australia was also one of the first countries to offer Gardasil to girls in 2007 even though cervical cancer is rare with 1.7 deaths per 100,000 Australian women.

At the height of the successful marketing campaign Ian Frazer became our national hero and awarded the Australian of the Year Prize in 2006.

The Australian public was witness to the first young girl vaccinated with Gardasil by the professor and immunologist in 2006.

In November 2006, CSL ‘s first application for listing Gardasil on the national immunisation register was declined by the Pharmaceutical Benefits Advisory Committee (PBAC). Tony Abbott, who was Minister for Health at the time, defended this decision, but due to an intense public outcry, Prime Minister John Howard stepped in, promising the now fearful electorate that the vaccine would be approved.

In Australia according to the Database of Adverse Events Notifications (DAEN) there are around 4300 reported adverse events and one death. In 2008 and after two shots of Gardasil, Australian woman Kristin Clulow suffered a catastrophic and life-changing brain injury called disseminated encephalomyelitis (ADEM). In August this year and ten years after her injections Kristin spoke at the Sydney screening of Sacrificial Virgins.

A very brave young woman who is still recovering from her brain injury addressed the audience and stated that her doctors agree that her illness was caused by Gardasil and have put this in writing. Importantly the National Disability Insurance Scheme (NDIS) has accepted her injury as vaccine induced and so she will receive assistance.

Kristin cares deeply about all the other girls who suffer ill health after Gardasil injections, and is furious that so many of them are not able to access the doctors, the diagnostic tests and the treatments they require.

We can expect more injuries and permanent disability. In 2013, the government subsidised vaccination program was extended to 12- and 13-year old boys, supposedly to provide protection against genital warts and cancers of the penis and rectum, and to reduce transmission of HPV to girls.

Again we were among the first in the world to vaccinate boys with this dangerous and useless vaccine. But then as in the case of the fast uptake and roll out to the girls we can assume our very connection to the vaccine developer has a role to play.

And the professor’s reach and influence extends well beyond our shores. In July this year while Ian Frazer was addressing the Royal College of Physicians of Ireland and spruiking the ‘success’ of the Australian HPV vaccination program outside two young Irish girls protesting against Gardasil suffered seizures and needed hospital care. 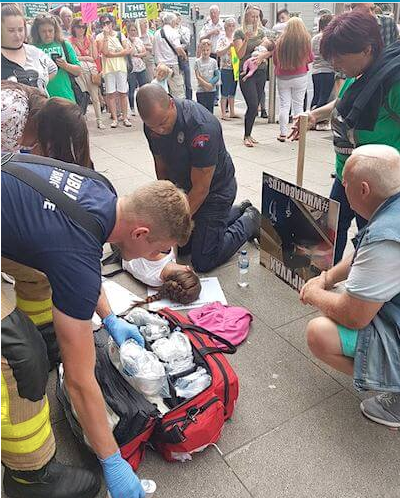 In August 2018 Joan Shenton’s documentary Sacrificial Virgins was shown around the east coast of Australia. The UK author and journalist was invited to attend the events but was denied her visiting visa to Australia.

Last week and three months after the events her one year visa was granted. This followed an assessment by the Controversial Visitors Unit in the Department of Home Affairs.

No public discussion of vaccines is allowed in fortress Australia, especially one that questions the safety of Gardasil.

However the Australian screenings went ahead and were hugely successful with Joan Shenton and other international HPV experts speaking to the audience via skype. 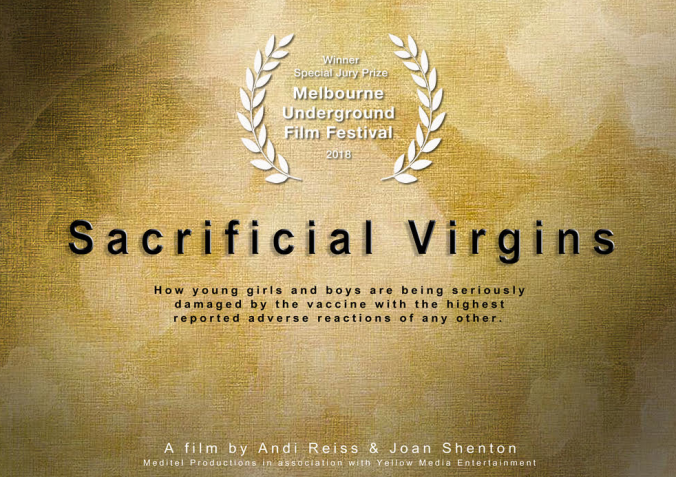 Sacrificial Virgins tells the disturbing story of thousands of young girls being seriously damaged by the vaccine with the highest reported adverse reactions of any existing vaccine.  Sacrificial Virgins a documentary film trilogy has already won 2 awards for investigative journalism: The prestigious  Best of the Festival award and the Watchdog Spirit Award at the Watchdog Film Festival, held in Brisbane, Australia.

It is vital that we continue to speak out against this most unnecessary and dangerous vaccine.

In the words of Professor Peter Duesberg: 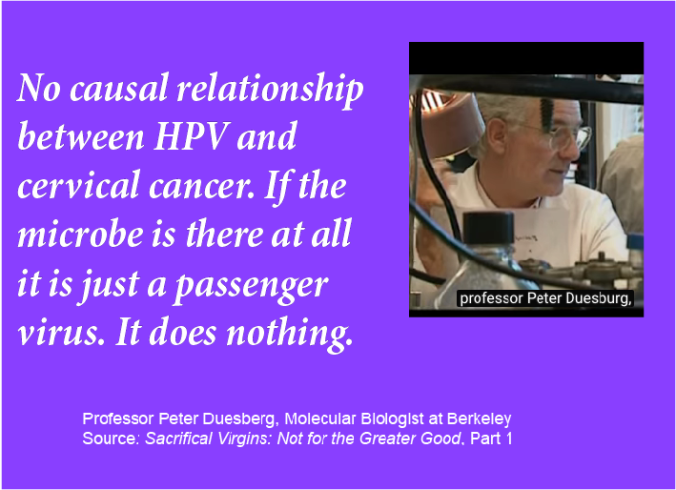 What started out as a vaccine fast-tracked to protect against cervical cancer is flawed.

The responsible thing is to suspend such programs until independent science gives the all clear. And with Queensland the birthplace of Gardasil, many Australians think their country should be taking a lead in behaving responsibly over this.