Vaccine awareness censored as tupperware gets the thumbs up

Book burning is the ritual destruction by fire of books or other written materials, usually carried out in a public context. The burning of books represents an element of censorship and usually proceeds from a cultural, religious, or political opposition to the materials in question. This blog is about an episode of censorship involving our vaccine awareness stall which was recently cancelled by the management of a local wellness and lifestyle market.

But we didn’t know we had been banned until we arrived at the market laden with vaccine awareness books and other informative material ready to set up for the day. To our surprise we were not allotted a space and were duly informed that we were cancelled due to complaints from customers at the previous market.

Management informed us that they had sent us an email cancelling our information table. However a subsequent search of the emails failed to find any evidence of such communication.

They promised to refund our prepayment which covered the next two markets. However they have now reneged on their promise. They stated that the decision has been made due to my ‘dishonesty’ in that when I applied for a stall I had not stated its true purpose. It is correct that I did not mention the dreaded word ‘vaccines’ and wrote that we were selling health books. But I included a link to this blog and if they had looked at it they would have seen that most of my content is about the practice of vaccination and its many flaws.

Their excuse does not hold water because the market team knew what we were selling at our first stall and at the time did not express any displeasure and welcomed our booking and payment for the next three markets.

It is fair enough that they don’t want us or our product at the market but the question is why did this happen after the second market. Why are we now banned from displaying vaccine information and selling informative books on this issue that is so heavily censored in public. We were told that there were customer complaints causing the tarnishing of their brand. However my request  for any details of these complaints has not been forthcoming.

We think the complaint was made by a disgruntled scientist who visited our table at the second market and disagreed with our vaccine awareness material. The complaint was most likely from her and maybe a threat was made in regard to the viability of the market. Mind you there was plenty of support for us from the other stall holders.

Should a health and wellness market be purely about crystals, herbal teas, jewellery, essential oils, potted plants and homemade broth and plastic kitchenware. The meaning of the word wellness is ‘the state of being in good health’. I would argue that many of the current population of Australians are not in good health as reported in the media recently:

I think that health books along with information even that pertaining to vaccination have a place at such a market. The Australian vaccination childhood schedule has increased since the early 1990s with the number of vaccines that parents are expected to give to their children now numbering 50 shots for 16 diseases. Why this is so is worthy of a public conversation.

According to the Australian Psychological Society

The current percentage of children and young people in Australia living with chronic illness can range from 10 to 20 per cent of the population.

These chronic conditions include asthma and food allergies.

Vaccines and allergy and anaphylaxis

It was discovered over 100 years ago that food proteins in vaccines cause the development of food allergies. Nobel Laureate Charles Richet reported his findings that injecting a protein into animals or humans causes immune system sensitization to that protein.

The Institute of Medicine (IOM) confirmed that food proteins in vaccines cause food allergy, in its 2011 report on vaccine adverse events.

But the epidemic of allergies began in the early 1990s and as the author of The Peanut Allergy Epidemic,  Heather Fraser wrote

tens of thousands of children with severe food allergy arrived for kindergarten at schools across Canada, the UK, Australia and the US. This sudden phenomenon of life threatening allergy just in kids in specific countries occurred simultaneously, without warning and quickly intensified. In the Australian Capital Territory (ACT), hospital admission for food reactions increased by 400% 1993-2004 for children under five. Allergist Ray Mullins did not hesitate to call it an epidemic. By 2011, in Melbourne, 3% of children or 1 in 33 were peanut allergic. The food allergy epidemic began with the post-millennial generation, the group  who received more vaccines during early childhood than previous generations.

In Australia there is no public debate on vaccines. ‘The science is settled’ according to the various health departments. But it is not that simple and there needs to be more awareness brought to this important issue. While the belief in vaccination is well over 200 years there are no long-term studies comparing the overall health of groups of vaccinated and unvaccinated children and adults. Increasingly babies are given multiple vaccines at one time. The safety of such a practice has never been subject to clinical studies.

It is clear from the latest health reports that our children are not faring well. Of course there are other factors involved such as the increasing levels of pollutants in the air and in our food supply but these are freely discussed in the public sphere whereas vaccines are a no-go area and even at a health and wellness market. 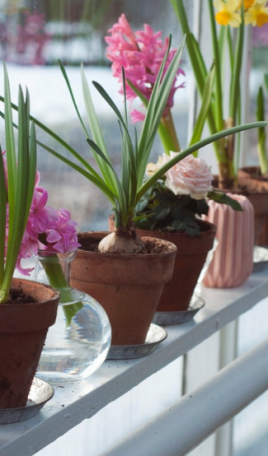 Sad days indeed. Vaccine awareness is not permitted in public spaces. But jewellery, potted plants, crystals and plastic kitchenware are safe products for lifestyle markets and most importantly don’t attract the ire of the roaming scientist.