Another antenatal vaccine in the pipeline

When the Australian Government announced its free whooping-cough (pertussis) vaccine for every pregnant woman in the country I was shocked. I had not thought that pregnant women would be targeted for vaccination. But little did I know there were more to come. 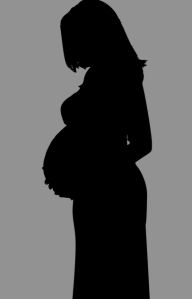 Why are we vaccinating women in pregnancy?

According to the National Vaccination Information Center (NVIC)

In 2006, CDC officials directed doctors to give all pregnant women a flu shot and, in 2011, a Tdap (tetanus, diptheria and pertussis) shot during every pregnancy, no matter how little time has elapsed between pregnancies.

Prior to FDA licensure, influenza, diphtheria, tetanus and pertussis vaccines were not tested in or proven safe and effective for pregnant women in large clinical trials when given during every pregnancy either singly or simultaneously.

It is a policy that assumes maternal vaccination is necessary, safe and effective without proving it.

Last year the Australian government added the influenza vaccine and dTpa (diptheria, tetanus and pertussis) to the antenatal vaccination schedule.

More antenatal vaccines in the pipeline

Dr Flor Munoz, Associate Professor of Paediatrics and Molecular Virology and Microbiology at Texas Children’s Hospital spoke at the 16th National Immunisation Conference  in Adelaide. The title of her presentation was Vaccination in pregnancy: RSV vaccines, are we there yet?

You can watch the full presentation here

Munoz was spruiking a new vaccine to be given during pregnancy-this one for respiratory syncytial virus. The RSV vaccine has been a long time coming hence the question in her speech title ‘Are we there yet?’

RSV vaccine in the 1960s a catastrophic failure

A formalin-inactivated RSV vaccine, which was being tested in the U.S failed to protect children, and worse still many of the children experienced worse symptoms than usual and two toddlers died with enhanced disease symptoms.

Respiratory syncytial virus (RSV) causes infections of the lungs and respiratory tract. It’s so common that most children have been infected with the virus by age 2.

But surely then mothers are able to pass on this protection through breast-feeding?

Why the need for another vaccine?

Munoz pointed to the ‘success’ of similar vaccination programs for pregnancy such as the recently added vaccines for Australian mothers – dTpa and influenza vaccines.

Foetal deaths on the rise

This is no success story for we are now hearing of an increase in foetal deaths in pregnant women who have been vaccinated against pertussis.

“I received the TDAP, against my instincts, March 17, 2015. My daughter was stillborn April 11, 2015 at 35 6/7 weeks. It is likely she was dead a few days before I found out on April 10, 2015. There was no known cause of death, and no flags or warning signs. We were a low risk pregnancy, with no abnormal prenatal clinical or lab findings”. – Chelsea Nichole Smith

Marcella Piper-Terry in her video Fetal Death Flu Shot & TDAP in Pregnancy discusses foetal demise (death in womb) from vaccines given in pregnancy. A whistleblower from an insurance billing company contacted her with documentation about what is happening in regard to these shots in pregnancy.

In spite of these deaths, a very clear warning that we should not be vaccinating women in pregnancy we have another vaccine in the pipeline for them.

What effect will this genetically engineered nanoparticled vaccine have on the pregnant woman and her developing foetus? 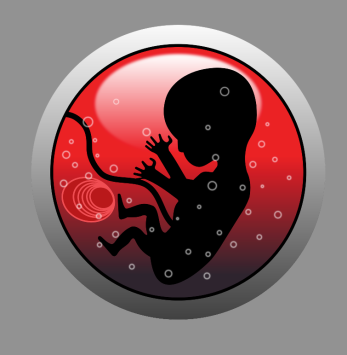 And as the Associate Professor rightly states:

…Australia is leading the way when it  comes to immunisation

The Associate Professor is heavily involved in these clinical trials for maternal immunisation in particular RSV. She submitted the following disclosures evidence of the influential backing her work has. Quite alarming really.

Pregnant women are often warned to be careful what they eat; don’t drink alcohol; don’t smoke and yet they are told that these vaccines are safe for themselves and unborn child. But when you look at the contents of the dTpa vaccine it is clear that this is not safe.

The contents of this vaccine are: