But the show will go on

Even though the award-winning journalist and documentary filmmaker Joan Shenton was refused permission to enter Australia this week she will be attending all 7 screenings of her documentary Sacrificial Virgins via Skype. Joan Shenton made the following statement in regard to her visa denial:

I’m very disappointed not to be able to meet in person the parents across Eastern Australia who want to know more about the risks and supposed benefits of HPV vaccinations, as well as the families who’ll be there to share stories of their loved one’s death or permanent disability. But I look forward to the screenings of Sacrificial Virgins and to having the same conversations over the air.

Sacrificial Virgins a documentary film trilogy – which investigates widespread global concerns over the safety of  HPV vaccines,  Gardasil and Cervarix has won 2 awards for investigative journalism: The prestigious  Best of the Festival award and the Watchdog Spirit Award at the Watchdog Film Festival, held in Brisbane, Australia.

Sacrificial Virgins probes the controversies surrounding Gardasil HPV vaccination programs – associated with many cases of severe neurological damage and also deaths in girls and young women – and presents new scientific evidence that questions these programs’ ability even to deliver the cervical cancer prevention that is the chief rationale for their existence. A very high proportion of 12-13 year old girls and boys in Australia are routinely administered Gardasil free of charge in school as part of the National Immunisation Program (NIP).

Joan Shenton should not have had her visa delayed which has resulted in her not appearing in person. But she will be there via Skype along with International experts such as Dr Christopher Exley who is one of the world’s experts on aluminium. 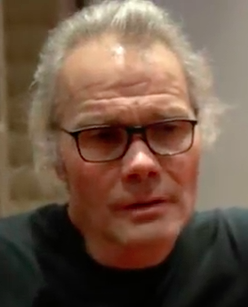 Professor Exley has been researching the subject for 30 years and says that he is not ‘anti aluminium’ but that it has never been demonstrated to be safe. Exley speaks about the history of the metal and explains that although it is abundant in the earth’s crust we have only been using it for 130 years. It was called ‘the metal of the future’ and formed the basis of much of our cookware in the 20th century. In relation to aluminium in vaccines, Exley asks: ‘How many experts did they consult before using the adjuvant?’ How would they know it was safe. He wonders how they could know the answer to this when he as an expert doesn’t even know.

Shockingly the aluminium adjuvant in these vaccines does not require clinical approval. It is the vaccine itself that is subject to an approval process.

Gardasil contains 225 mcgs of aluminium per shot and Gardasil 9 has 500 mcgs per dose. It is vital that we are able to speak about HPV vaccines and the damage with at least 80,000 adverse events following their administration.

Aluminium causes the body to turn against itself. This is what we are seeing in many of the girls who have had their lives severely affected after their Gardasil shots. One of the severe adverse events is premature ovarian failure in young teenage girls. POF occurs due to the destruction by aluminium of the maturation process of the eggs in the ovaries. Shockingly this condition is underreported at the present time because many girls are on the contraceptive pill but once they stop the damage will be obvious. This is very serious, more infertility and loads of heartache to follow.

Other experts include Professor Peter Duesberg from Berkeley University who brings some much needed sanity to the whole HPV vaccine debate when he states:

The HPV found in tumour cells is a fossil, a fragment left over from a former infection…It does nothing. 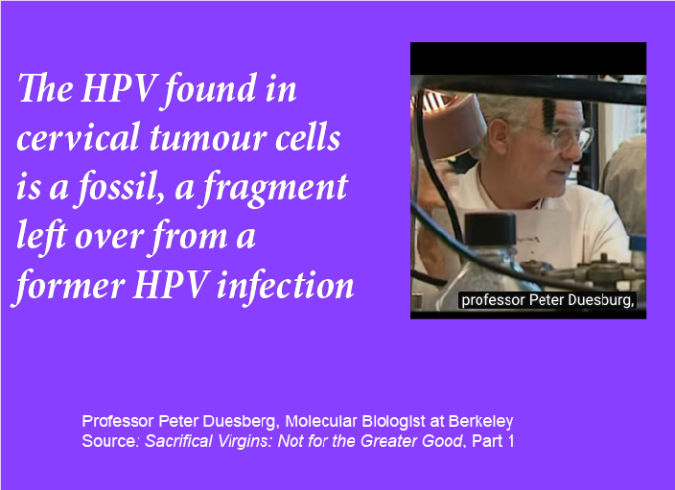 Other experts joining the events are Norma Erickson who has researched and written so many enlightening articles on SaneVax along with Freda Birrell who heads the UK Association of HPV Vaccine Injured Daughters and is featured on the Sacrificial Virgins documentary. The tour will also be attended by many of the girls who have had their health damaged after their Gardasil vaccines.

Here is an interview with Joan Shenton on 3AW radio earlier this week. She was interviewed by presenter Tom Elliott who quite rightly gave her time and respected her right to free speech.

Tickets are still available for the Sacrificial Virgins tour.