The new vaccine is called RV3-BB and plans are now underway to pursue clinical trials in Australia, New Zealand, Indonesia and Africa.

Rotavirus is the most common cause of severe diarrhoea in children all over the world. In the first few months of life children are protected by way of maternal antibodies transferred from their mother and via breastfeeding.

By the age of five, most children have had several rotavirus infections and have developed natural antibodies that protect them from symptoms of diarrhoea when they are re-infected as they get older.

What is the treatment for rotavirus infection?

Most children do not require treatment for this common infection. They may need extra rest and fluids to prevent dehydration and if the case is severe intravenous re-hydration may be necessary. In developing countries where sanitation and medical facilities are lacking the disease can be fatal.  In Australia, it is estimated that there are around 10,000 hospitalisations and one death annually in children usually under two years old from rotavirus. Hospitalisation rates are five times greater in Indigenous Australians compared with non-Indigenous children. 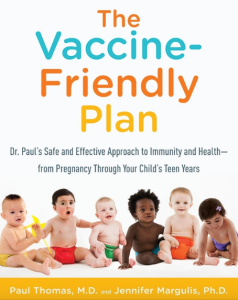 Co-author along with Jennifer Margulis, Ph.D, of The Vaccine Friendly Plan, paediatrician Dr Paul Thomas has an opinion on Rotavirus vaccines.

Australian babies do not need these vaccines either. Australia has excellent standards of hygiene, sanitation and medical care.

Nevertheless there are two rotavirus vaccines currently available in Australia:

The Rotavirus live attenuated vaccine Rotarix  is given to Australian babies at 2 months and again at 4 months.

The first rotavirus vaccine RotaShield which was licensed only in the United States was discontinued in 1999 after 15 infants who received the vaccine developed intussusception (a type of bowel obstruction that occurs when the bowel folds in on itself). According to Dr Paul Thomas, both RotaTeq and Rotarix which are used by 77 countries worldwide may also cause intussusception. He reports that this bowel disorder was very rare before the introduction of rotavirus vaccines but since their use the rates of this disorder have increased. Statistics from his own practice reveal that children who received the rotavirus vaccine were four times more likely to suffer gastroenteritis than those who were not vaccinated against the disease.

So why are these vaccines given?

The vaccine industry is worldwide with significant profit margins. It’s no wonder then that when an already manufactured, researched and designed, patented vaccine comes up for approval on efficacy and safety, the manufacturer wants it fast-tracked and promoted as life saving by the government. What better way to do that than have your former employee take over a valuable new role at the CDC. Or vice-versa, reward a former high-ranking CDC employee, who comes with the full knowledge and connections of the CDC, with a high ranking position at your manufacturing company. That is exactly what’s at play in the vaccine industry. It’s business as usual merging big government with big business.

CBS reported on the conflicts of interest in the vaccine industry and found that the vaccine industry give millions to the Academy of Paediatrics for conferences, grants and medical education classes. Wyeth, the manufacturer of the pneumococcal vaccine gave the Academy $342,000 for a community grant program. Vaccine manufacturer Merck gave the Academy of Paediatrics $433,000 the same year the academy endorsed Merck’s HPV vaccine.

Professor of Paediatrics and director of the Children’s Hospital of Philadelphia, Dr Paul Offit is the inventor of RotaTeq, which is now recommended for children worldwide. He holds the patent on the vaccine that he co-invented. Considered a ‘vaccine industry insider’ Offit is well-known for saying that ‘babies can theoretically tolerate 10,000 vaccines at once’.

Now there’s another rotavirus waiting in the wings. This time it’s a vaccine to be given to babies shortly after birth. Babies are already given the hepatitis B at birth. Do we really have any right to subject newborns to another vaccine?

In a world-first clinical trial the new rotavirus vaccine RV3-BB which was developed at the Murdoch Children’s Research Institute – was given to hundreds of babies in Indonesia just days after being born. The trial was financially supported by among others Bill and Melinda Gates. The Gates’ enthusiasm for all matters vaccine is well-known. In Everything you need to know about Bill Gates, vaccine safety & his relationship with big pharma, Robert. F. Kennedy Junior has written:

In a widely cited 2014 blog post on the “miracle of vaccines,” Gates expressed enthusiasm about the “inspiring” data on vaccines and the “fantastic” and “phenomenal” progress being made to expand vaccine coverage.

However as Kennedy explains Gates neglects the history of infectious disease. Kennedy cites the example of scarlet fever for which there was no vaccine and which had become rare by the 1950s. Kennedy quotes U.S. mortality data from 1900–1973:

“Medical measures [such as vaccines] contributed little to the overall decline in mortality in the United States since about 1900—having in many instances been introduced several decades after a marked decline had already set in.”

We neglect the history of infectious disease and its decline that was due to rising standards of living that included the benefits of improved nutrition, potable water and sanitation.
A baby with a healthy microbiome shouldn’t fall ill with a rotavirus infection. Rather than the development and implementation of yet another vaccine the focus must be on ensuring healthy births and greater implementation of breast-feeding. In developing countries where diarrhoeal disease is high, vast improvements in sanitation and healthcare must take precedence. This is where the money should go, not on expanding the vaccination schedule with unsafe vaccines.

Vaccination is a barbarous practice and one of the most fatal of all the delusions current in our time. Conscientious objectors to vaccination should stand alone, if need be, against the whole world, in defense of their conviction. – Mahatma Gandhi