We must stop the damage from GMOs and vaccines

Many anti-GMO activists are convinced there is a connection between glyphosate along with genetically engineered foods, and the increasing levels of autism in children. My research has led me to put the blame for autism and other developmental disorders at the feet of the vaccine industry but in reality I think that both the biotechnology and the vaccine industries are implicated in the exponential rates of these diseases and other adverse health events.

Jeffrey Smith is the author of Seeds of Deception: Exposing Industry and Government Lies about the Safety of the Genetically Engineered Foods You’re Eating, and Genetic Roulette: The Gamble of Our Lives. In a presentation called The Real Truth about GMO’s he speaks about how the consumption of genetically modified foods are causing all sorts of health issues such as gut problems, brain fog, allergies, skin rashes, fatigue, asthma, and autism and that these conditions improve when eating GMO food ceases. In fact, thousands of US doctors are now prescribing GM free diets.The revolution is beginning.

However a few notes on how we have arrived at this point are in order.

Tragically, Monsanto, otherwise known as the “most evil corporation on Earth” with their dirty products such as Agent Orange and polychlorinated biphenyls (PCB’s), is in charge of our food supply. This is a company which along with Archer Daniels Midland, Sodexo and Tyson Foods were responsible for  The Food Safety Modernization Act of 2009: HR 875   which gave the corporate factory farms a virtual monopoly to police and control all foods grown anywhere, including one’s own backyard

The FDA declares that testing of these novel genetic modifications is not required before they are released. Monsanto merely needs to tell the FDA that their products are safe. That is all that is needed before they are sold, and then eaten by the public.

However many studies show very real problems in animals fed GM food. One of these independent studies found that buffalo, goats and sheep in India are dying after grazing on Bt cotton plants. Those who care for the animals are also getting sick with skin rashes and respiratory issues.

A bacterium such as Bacillus thuringiensis is used to create a corn plant that is able to produce its own toxic insecticide. The Bt toxin from the bacillus makes holes in the cell walls of insects to kill them. From there the gene from the bacterium is used to make millions of copies which are shot via a gene gun into millions of corn cells – with the hope that genes find their way into the DNA of some of the cells, which are then cloned, becoming Bt corn.

Massive damage is caused to the DNA of the plant by this process of insertion and cloning in that 2-4% of the DNA is changed. This is significant, for these changes may result in an increase or decrease in the amount of proteins in the plant. The changes may also mean that some genes are shut off or that silent genes are turned on.

But did the regulators and the biotech industry look for these changes before the GM corn went on the market? Incredibly and inexcusably they did not. With the GM corn already in the food supply an independent scientist found there were 43 proteins that had changed in the process of creating the corn. One gene that was previously silent had been switched on and was a known allergen, able to cause allergy or death in the susceptible consumer. There were also other proteins that during the process of cloning had changed shape.  According to Smith such changes are important and can cause no harm or can be lethal. And yet the regulators don’t believe this experimental stuff needs testing.

This is really alarming in that greater than 90% of all soybean, cotton and corn acreage in the U.S. is used to grow genetically engineered crops. Other approved novel foods include sugar beets, alfalfa, canola, papaya and summer squash.

We are taking the products of this immature science causing massive damage to the most compactified level of nature – the DNA.

But in the eyes of Monsanto the ideal future looks like this:

One hundred per cent of all commercial seeds would be GM and patented.

As Jeffrey Smith has said:

They are planning to replace nature. This is a pivotal time.

The main reason for genetically engineering plants is to sell more herbicide. Yes, this gamble with the very basis of life is so our food can be sprayed with poison.  Every year 2 billion kilograms of the water soluble carcinogen – Glyphosate is used worldwide. It’s in our air, in our rainfall, in the plants, our food and in our bodies.

Glyphosate binds with plant minerals so these nutrients are unavailable for the plant. In the process, plants are made deficient in nutrients and become weak and sick and so do the animals who eat the plants. We eat the crops and the sick animals and it’s no surprise that we too, fall ill. The reason it is such a successful herbicide is because it deprives the plants of nutrients and creating diseases in the soil around it.

As to how the consumption of Glyphosate affects humans…

Glyphosate blocks the shikimate pathway in our gut. The bacteria in our bodies use this important pathway to create L-Tryptophan, an essential amino acid that is so important to our well being. Mood and behaviour are improved when we switch to organic foods.

The currently accepted dogma is that glyphosate is not harmful to humans because the shikimate pathway is absent in all animals. However, this pathway is present in both human and mammal’s gut bacteria, which play a massively important and heretofore largely overlooked role in human physiology

Some actions we can take to remove our food supply from this corporate power:

And as we spread the word about GMO’s we must also protest the number of chemically laden vaccines our children now receive. In the US the number of vaccines given to children from birth to the age of 18 years is now 74 doses.

True health cannot come from a needle. Injecting people with something to try to keep them well is a 200 year mistake.

The rate of autism in the US is now 1 in 25. Of course autism isn’t the only adverse event that frequently occurs after vaccination. Chronic pain conditions, seizures, gastro-intestinal disorders, arthritis in its many forms, diabetes and infertility are among the huge and ever growing list of side effects. 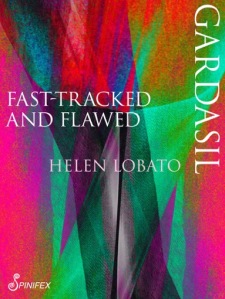 A vaccine that has the highest number of adverse events of any vaccine is Gardasil the HPV vaccinethat is marketed as preventative against cervical cancer even though there is no proof that the vaccine has ever prevented a single case of cervical cancer in the world. Brian Hooker, father of a vaccine-damaged child speaking in Vaccines Revealed calls it:

A dirty vaccine…loaded with aluminium. Aluminium doesn’t belong in the human body.

But in spite of the fact that there are now over 81,000 recorded adverse events following the administration of Gardasil the manufacturers are trialling it on babies. This sadly is true. We urgently need to turn this around.

But not before a new cohort of 12-13 year-olds are injected with the latest HPV vaccine. Gardasil 9 has 5 more antigens and more than twice the amount of aluminium per shot than Gardasil.

From the start of this school year Australian teenagers will be injected with Gardasil 9 replacing the quadrivalent Gardasil.

Lack of safety studies on Gardasil 9

Even though the vaccine is new, the approval by the FDA was completed without the usual review given by the VRBPAC (the Vaccines and Related Biological Products Advisory Committee). The committee is responsible for reviewing and evaluating the safety of vaccines and other health products.

A letter to the FDA from Marion Gruber, Director of Office of Vaccines Research and Review CBER gives the reason for their decision:

Our review of information submitted in your BLA (biologics license application) including the clinical study design and trial results, did not raise concerns or controversial issues which would have benefited from an advisory committee discussion.

But there is much evidence to suggest that this review needed to be done. Rather than use an inert placebo such as normal saline, Gardasil 9 was compared directly to the quadrivalent Gardasil in two of the studies. A comparison with Gardasil is hardly reassuring for there have been thousands of adverse events and hundreds of deaths  following its administration.

These are 2 very different vaccines. Gardasil 9 has 5 more antigens than the quadrivalent Gardasil. Also in Gardasil 9 the HPV antigens 6, 16, and 18 have been increased.

How do the changes to the number and strength of the antigens affect the recipients of this new vaccine?

Increased amounts of the aluminium adjuvent

Gardasil 9 contains 500 mcg of aluminium per dose. This is more than double the amount of aluminium contained in a dose of Gardasil which has 225 mcg.  It is alarming that this huge amount of aluminium is to be injected into young bodies. This is because aluminium causes the body to turn against itself. This is what we are seeing in many of the girls who have had their lives severely affected after their Gardasil shots.

One of the severe adverse events is premature ovarian failure in young teenage girls. POF occurs due to the destruction by aluminium of the maturation process of the eggs in the ovaries. Shockingly this condition is underreported at the present time because many girls are on the contraceptive pill but once they stop the damage will be obvious. This is very serious, more infertility and loads of heartache to follow.

Disturbingly the aluminium adjuvant in these vaccines does not require clinical approval. Gardasil and Gardasil 9 contain amorphous aluminium hydroxyphosphate sulphate (AAHS) a new form of aluminium which causes the immune system to become 104 times more powerfully stimulated than would occur naturally. It is important to be aware that this HPV vaccination program continues despite the fact that there is no scientific proof that the vaccines have ever prevented a single case of cervical cancer. And the adverse events continue to increase after administration of the HPV vaccines.

In FDA approved Gardasil 9: Malfeasance or Stupidity?  researcher Norma Erickson has examined the Gardasil 9 package insert where she found that the rate of serious adverse events in the trials of Gardasil 9 was 2.3 %. This means that for every 100,000 people who are given Gardasil 9 there will be 2300 serious adverse events and yet the cervical cancer rate in the US is around 7 women per 100,000. Talk about insanity!

And that’s not all she found when she examined the insert package. During the trials 2.4% of the recipients developed an autoimmune disorder which means that 2400 people could now be suffering from new diseases just because they had this new Gardasil 9.

And there’s more to be learnt about the development of autoimmunity. Norma Erickson explains the process of molecular mimicry as it applies to Gardasil in a presentation Humphries/Erickson – What Biologically Plausible Mechanisms of Action are Health Agencies Ignoring? Within the many proteins found in our bodies there are 82 peptides. One of the antigens in Gardasil, the HPV 16 LI protein, almost identically matches 34 of these peptides. The importance of this information is as Erickson explains:

It is extremely possible that when you develop an antibody to the HPV 16 protein you are also developing an antibody reaction to your own system in multiple locations. The number of viral matches and locations makes the occurrence of autoimmune cross reactions in the human body following HPV 16 vaccination almost unavoidable.

We need to keep protesting the under-reported tragedy that is the theory and practice of vaccination. Our recent ancestors managed to live healthy lives without genetically engineering their food supply and over vaccinating their children.

Let’s turn this around.

This article was first published by Collective Evolution