Vaccines DO cause autism 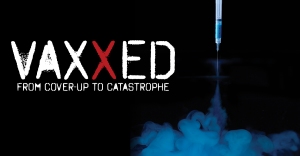 The U.S Centres for Disease Control and Prevention (CDC) altered their analysis plan based on their research on the safety of the MMR so that the risk of autism from the vaccine was shown not to be significant.

Autism was unheard of before 1930. In 1978 the prevalence of autism was around 1 in 15,000 children. But around the early 1990s there was an exponential growth in the disease coinciding with a massive increase in the number of vaccines given to babies and children. In 1950 children would have received around 7 vaccines by the age of 6. Fast forward to 2016 where by the time they go to school they would have been given at least 41 or even 46 if they get the recommended flu shots. Seriously there has to be something very wrong with this childhood vaccination policy. And there is.

In 1995 Dr Andrew Wakefield, a world-renowned gastroenterologist received a call from a mother telling him about her child who had become autistic after his Measles, Mumps and Rubella vaccine (MMR). Vaccines were not Wakefield’s field but the mother insisted that her child had terrible gastrointestinal issues and that was why she was seeking his help. Subsequently he heard a succession of similar stories whereupon further research led to the discovery that there was a link between a novel type of intestinal inflammation and autism following the MMR vaccination. Wakefield’s finding was reported in the Lancet with the disclaimer that the work did not prove an association between autism and MMR and that further work was needed. For all his trouble Wakefield was accused of fraud by a journalist Brian Deer writing in the British Medical Journal resulting in the good doctor losing his career and reputation.

Vaxxed: From Cover-up to Catastrophe documents the tragedy of the Measles, Mumps and Rubella (MMR) vaccine. It features interviews with parents of vaccine-injured childen and doctors and politicians and the voice of the whistleblower and leading scientist from the U.S Centres for Disease Control and Prevention (CDC) Dr. William Thompson who confesses that the CDC altered the analysis plan of the research into the risks of the MMR vaccine.

Polly Tommy, the editor-in-chief of the Autism File tells the story of her second child Billy who straight after his first MMR vaccine at the age of 18 months suffered febrile convulsions and rapidly regressed into autism. The children seen in the film had all been developing normally until the age of 18 months when they were given their MMR shot after which they regressed both in behaviour and development. These were children with no previous health problems who were now autistic. All healthy children whatever race are at risk of autism after the vaccine.

‘ What i have on my hands now is a nineteen- year – old man. He’s six-foot two, he’s volatile. On a good day he is brilliant, he’s an angel.  On bad days the slightest thing can trigger him and he is scary’, says Tommy.

Wakefield discovered that safety studies done on the MMR vaccines were ‘lamentable’ and that it was known since 1987 when the vaccine was used in Canada that is caused meningitis in vaccinated children. It was withdrawn there but later licensed for use in the UK where it also caused meningitis. It should have been destroyed but was shipped for continued use in developing nations such as Brazil where it caused an epidemic of  meningitis. Scientists who studied this epidemic found out that the younger the child got the vaccine the greater risk of meningitis. This led Wakefield to suspect that the earlier a child got the MMR the greater risk of autism. The recommended time for a child to be vaccinated with MMR is 12-18 months.

In hidden data exposed by whistleblower Thompson it was clear that especially for African-American children the most dangerous time to get the vaccine is between the ages of 12 and 18 months. The CDC knew that if African-American children were given MMR vaccine at this time they were 2.6 times more likely than others to become autistic after being given the vaccine. So they altered the analysis plan which describes the rules that scientists will adhere to when doing a study. In order to conceal the effect of the MMR one of the things they did was to reduce the number of children in the study in order to reduce the statistical power – that is the ability of the study to detect a difference if it exists. When it appeared that the risk of autism was greater in African-American children they deviated from the analysis plan so that the risk was not significant.

So there you have it. The CDC had known all along that there was this MMR – autism link. In the USA in 2014 there were 1,082,353 cases of autism and the prediction is that by 2032, 1 in 2 children will be autistic and 80% of the boys. Every 7 minutes in the U.S. a child is diagnosed with autism. Dr Wakefield points out that the problem is with the combination MMR vaccine and urges the use of single vaccines for the diseases measles, mumps and rubella until the problems with the MMR are resolved. However this safe approach does not meet with health officials who say “if we allow this it would destroy the MMR program”.

The film is about the revelations of the dirty dealings at the CDC coming from the whistleblower Dr. William Thompson. The story is told by Del Bigtree, a medical journalist and Polly Tommy along with Dr. Andy Wakefield. Vaxxed was recently  withdrawn from the Castlemaine Local and International Film Festival. The decision to include the film in the festival drew widespread criticism from Public Health Association of Australia chief executive Michael Moore who said that such a decision showed a lack of understanding of the impact the film could have on parents. His sentiments were echoed by Victorian Health Minister Jill Hennessy, who said it was dangerous to promote a message against vaccination. I beg to differ and would urge our public health officials to look at the film before any more children are damaged. The film is being shown all over the USA and copies can be bought online. I suggest that we all get a copy and spread it around and stop the carnage that is resulting from mass vaccines.