My sister and her partner are going to marry. Both had long previous marriages which they were happy to leave. They had brought up their children and once they were gone found the marriages over, pointless, empty and left.

My best friend left me and married again. Thanks Loretta for telling me that you married your best friend – formally my best friend. I would never have imagined him remarrying nor did I think my sister would be taking matrimonial vows again.

My sister, four years my senior was an early devotee of feminism. While married and with young children she studied women’s studies at university in the 1980s. Her liberation ensued; she began to smoke and had her own ‘room’ . Her husband seemed supportive of her new-found freedom and their fragile marriage limped on for a few more years.

I never imagined my former best friend would marry again and yet he did. He didn’t agree with monogamy, said if anything he preferred an open marriage – having the occasional extramarital affair but remaining married. Having it all ways really.

And several years ago my former husband remarried. I wasn’t surprised at his decision to marry for he never wanted to divorce and needed a woman to own. But all has not gone smoothly for this marriage which recently experienced a messy breakup, followed by a mutual reconciliation and at present the rocky relationship continues. 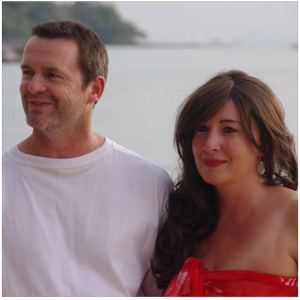 And as I write this blog my daughter is tying the knot on a romantic holiday in Thailand. This is the first time for her and the second try for her husband to be – I wish them the best of luck!

Seems everyone wants to be married-I wonder why. I couldn’t wait to be out of my 17 years of marriage. In the late 1960s and early 70s it was still uncommon to leave your family and live with a partner. To do this you had to be married so most people did. I think that my marriage survived as long as it did due to the flurry of activity that was involved having children and rearing them. One just got on with it. There was not a lot of time to think things through and although the disagreements and fights were common the union continued until a certain point when it became impossible. It was then that I had to make the big break and have the marriage dissolved.

There was no freedom to be my self within my marriage. When I returned to study and became pleasantly absorbed in student life, I knew that it was time to leave my marriage. My husband could not stand my new love of learning for I was less available to him. This freedom to learn and change is difficult to do in the traditional marriage. Marriage is, after all a patriarchal institution. Even though the intent of the modern marriage and hopefully the practice has changed it still has at its roots the ownership of women and children by men – its establishment and its continuance being heavily supported by the state and the church.

And so I have to wonder why being single isn’t given the same recognition and support. To be able to function, earn a living, contribute to society as a single woman should be seen as a worthy way to live. I have time to think, learn and write – these are really valuable components of a rich life, well lived. Of course there are many downsides. I have just returned from a visit to a neighbour who is unable to walk due to a foot operation that will put her out of action for six weeks. She tells me that her husband is doing the house work and caring for her daily needs. I would not have this help and must maintain my independence by looking after my health and fitness. But I believe this is a small price to pay for having an authentic life.