Every woman needs a safe home every night 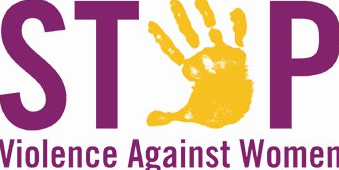 This was the topic of a public meeting that I attended last week.
The speakers were Trish O’Donohue, the CEO of Women’s Information, Support and Housing in the North, Phil Cleary, the  former independent federal MP & anti-violence campaigner, and Sue Bolton, Socialist Alliance councillor for Moreland.
Since the rape and murder of Jill Meagher in Brunswick there’s been an upsurge of activity opposing violence against women in the Moreland area. Measures such as more CCTV cameras and decreased rights to parole for offenders have been pushed. But can the police and the courts address the real causes of violences against women, and what are the alternatives?
These were the issues that the meeting addressed.
The discussion was informative and focussed largely on the way society views women: That even in the 21st century women are regarded as commodities to be used by men. All present vehemently agreed that this commodification of women had to cease. Ways of doing this included awareness campaigns such as the mandatory teaching of womens studies at school and the formation of a new and visible women’s campaign calling for the abolition of all forms of violence against women.
For Trish O’Donohue, the  CEO, Women’s Information, Support and Housing in the North, the safety of women and the right of all women to a safe bed at night was vital, given that on any night in Australia around  46,000 women are homeless. Women are forced to sleep in their cars often with children rather than sleeping rough, and subjecting themselves to the very real risk of violence inherent in such a desperate act.

Trish and other speakers along with passionate members of the audience spoke about the effects of the removal of  the single mothers pension on the lives of women with children and called for its restoration. In the 1970s the single mothers pension was established enabling women with the financial means to leave abusive husbands. Today, women in such situations find it much more difficult for there is no pension and only the meagre newstart allowance to fall back on.  The discussion also dealt with the effect that the rise in unemployment has on women, often the first to lose jobs in difficult economic climates. With few financial resources they find it almost impossible to leave abusive relationships.
Anti-violence campaigner, Phil Cleary spoke about the murder of his sister Vicki by her ex-partner who lay in wait for her to enter the child-care centre where she worked. Her partner could not accept that Vicki had the right to leave him and so murdered her.  Cleary spoke of the patriarchal attitudes that are clearly still so evident in society where men such as his sister’s killer regard women as possessions.
Cleary also spoke about the rape and murder of  Brunswick woman Jill Meagher claiming that one of the reasons her murder was so highlighted was because she was killed by a stranger. He said that had she been killed in the domestic sphere by a family member, her murder would not have been nearly so newsworthy.  Most women are murdered by partners or ex-partners and because much of society still regards women as commodities, such domestic murders are not seen as so surprising or shocking.  Jill Meagher, claimed Cleary, was seen as a deserving victim, very unlucky and killed by an evil man.
Moreland councillor, Sue Bolton continued the discussion and explained how Jill Meagher’s murder was used by the police to bring in new law and order strategies, such as the increase in installation of CCTV cameras and changes to the parole system. All well and good, but what was needed, she claimed, was a new women’s movement concerning itself with the status of women. Changes in society need to be made. Patriarchal attitudes to women need to change and education is always a good way to start.
This was a good event, but a pity that there wasn’t a huge crowd. Well, maybe next time.